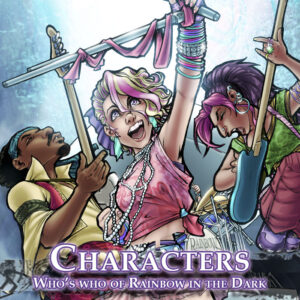 Here’s a full breakdown of the cast of Rainbow in the Dark. Everything you need to get started reading their adventures! The characters are split up to help you navigate: 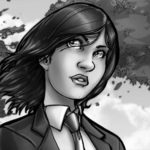 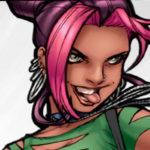 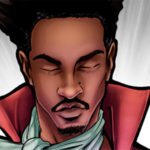 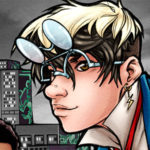 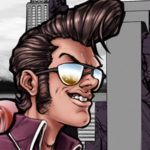 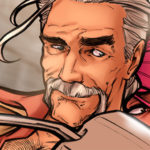 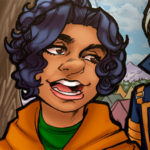 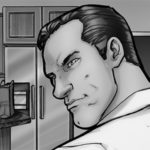 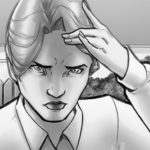 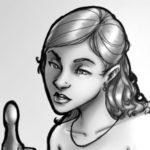 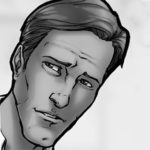 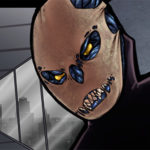 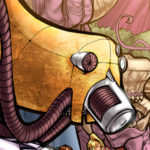 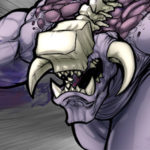 Here’s a full breakdown of the cast of Rainbow in the Dark. Everything you need to get started reading their adventures! The characters are split up to help you navigate:

Donna White was an uncommonly happy, creative, and optimistic child. She would come out of nowhere and make friends with anyone she met. But that changed as she got older, finding as a teenager that she often doubted herself and her place in the world. As she went through school, she felt more and more like she didn’t fit in. Even at home, her family was happy in their complacency while Donna yearned for a life with real meaning and purpose. Something was missing, but she didn’t know what it was, and was growing more distant by the day for her wanting of it. Then came the day she saw a wild band of garish young rebels being chased through the streets by giant monsters – and she was the only one who could see them. Now, their conflict could wind up being the cause she’s been dreaming of her entire life.

A rambunctious little daredevil of a child, Raina was a misfit in the Gloom from day one. Jackson found her, set her free, and she never looked back. When the band that protected their camp was lost in the Third Great Freedom Ride, Raina helped Kenji convince her friends to step up and take the job. She forged a particularly strong friendship with her teammate Rocky and became a fiery, fierce warrior – howling with laughter as they blasted monsters and rescued lost children from the Gloom.  Raina loves the fight and is a fervent supporter of the cause, but more and more she finds herself frustrated by slow progress. She’s getting fed up with small strikes and is anxious for the opportunity to push an all-out assault. They have the skill and the heart; it’s time to make a big bang for a change!

Luke was always an intensely introspective and curious boy. When he was just 8 years old, he ran away and set out on his own, leaving the city in search of truth. For days he wondered the woods until finally stumbling upon the secret camp that lived in a pocket of freedom where the Gloom didn’t reach. Jackson took him in and raised him, nurturing his curiosity and desire for understanding. Now Luke fights with the band that protects the camp, searching for other children lost and alone, seeking their own ways out of the Gloom that keeps them caged. He has a natural gift to see what others can’t – entering a trance and perceiving the world through the rhythmic vibes in his mind. His bandmates often think half the stuff he says is jibberish, but they know Luke is the zen soul of their unit.

Kenji was a mute child from an early age. He didn’t say a word until the day he saw a man named Jackson walking through the streets of the city. Kenji walked up to him and asked why nobody else could see him. When he explained it was because he was free, Kenji asked if he would take him away. Amazed, Jackson took the little boy away from the Gloom. Kenji flourished in this new world, and bonded closely with Sonya (older sister to Nina), the gearhead driver of the camp’s band. She instilled in him a love of creative engineering and terrible puns. He grew to become a wise-cracking, inventive genius, and when Sonya and her band were lost in the Third Great Freedom Ride, Kenji convinced his friends they should step up and become the new band. He may not stand at the front of their unit, but he is the heart that keeps them going.

Rocky was trying to kick free of the Gloom practically from his first breath. As a child, he came across a monster in the streets that he alone could see, and so (naturally) he picked a fight with it. Jackson was amazed by his pluck, and brought him back to the camp to help focus his energy and spirit. He came to see the boy as his own, and Rocky worked hard to make his pops proud. He became a member of the band that protected the camp and searched the streets of the city of other children like himself, his wild streak and brash mouth hiding a tender heart. Along with his wild best friend Raina, he’s been responsible for some of the most daring raids and amazing rescues the camp has ever seen – including stealing a school bus full of students and opening all their eyes to color at once. A riotous upstart, there’s little Rocky won’t dare if he thinks the reward (or the fun) is worth the risk.

Jackson was an angry and confused young man, trapped in a world that made no sense to him. He was full of questions that could get no answers, and his stifled curiosity turned into anger. But he was rescued by wild-eyed, long-haired radicals in brightly colored cars who promised him a chance to learn the truth. Jackson went onto become of the greatest band leaders ever recorded, outliving almost all of his contemporaries. Freedom and purpose calmed him, and he grew from an angry young man into a wise, gentle soul. Now the oldest member of his camp, he sees the young people under his care as his family and his role as their mentor, protector, and guide.

Nina was born into a free camp in one of the few small pockets of color where the Gloom doesn’t reach. She was a little scrapper, like all the kids in her family. Her eldest sister Sonya left to join the camp of her boyfriend and lead their band, and little Nina grew up wanting to do the same. Her sister’s untimely death in the Third Great Freedom Ride only made her more result to follow in her footsteps. It didn’t take long for Nina to reach her goal, she became the youngest person ever to drive for a band at 12 years old. A gearhead and gourmand, she cooks up crazy gear and delicious food in equal measure, and is always up for adventure… so long as there’s going to be a feast afterward.

Rick White was a hard worker, a provider for his family, and an upstanding citizen of the city.  He shares a lot in common with his daughter, Donna, and had once been a dreamer like her when he was a young boy. But he grew up, disciplined himself, and learned to value the kind of hard work and dedication that life in the fast-paced financial world required. Taking care of his family is important to him, but all the hours he pours into his job have resulted in him remaining largely disconnected from his wife and children. It isn’t uncommon for him to work such long hours that he won’t see his little girls for days and his wife only as they lay down for bed at night.  On some level, Rick feels lost to his profession, but it’s been a long time since he’s spent much time worrying about it.

Jane’s reaction to a difficult childhood was to decide she was going to do everything better than her parents. She was determined to find a way to balance work and family; to be a good mother while still being a successful professional. She possesses a bottomless reservoir of tenacity and determination, and has built the life for herself she always wanted. When people tell her that her family looks like one from an old TV show, she takes it as high praise. It can be exhausting to always insist on perfection from herself, and to instill that drive in her daughters Becky and Donna, but the rewards are more than worth it. Jane loves her life and is proud of both the family she’s raised and the home she helped build.

Becky is a girl who feels like it’s her responsibility to live up to the world’s expectations. She grew up trying to be the perfect daughter, the perfect student, and the perfect citizen. She threw herself into so many extra-curricular activities, while working so hard to graduate at the top of her class, that her life was largely unexamined. Her mind always on the next task, she was too busy doing life to live it. Now starting college, Becky is on track to follow in her mother’s footsteps – working herself to the bone to please others without ever quite finding how to please herself.

Steve Taylor always found life to be easy. He never had to think much about where he would go, what direction to take; the path ahead had always presented itself with little struggle. His father’s company provided a good life growing up. His natural athleticism made becoming quarterback of his high school football team easy enough, which led to a scholarship to the local university. He wasn’t good enough to go pro, but that didn’t matter – he had a position as VP in the family company to fall back on. Married to his high school girlfriend, two good looking kids, a shaggy dog, big SUV, and all the trappings of the life he always wanted. Life in the Gloom suits Steve right down to the ground.

The Veratu Collective is made up of the creatures who brought the Gloom to the world and who manipulate the lives of every society on the planet. They are living nightmares, sharing a collective consciousness and a power that makes them all but invulnerable. They watch over us all from hidden towers, controlling the Cleaners and creating the monsters that protect their creation from the deviants that escape the Gloom and attempt to bring it down.

Not much is known about the Cleaners. They exist to maintain the Gloom, eliminate any pockets of color that break through within its boundaries, subdue and collect any humans who begin to “wake up” from its spell so they may be reeducated and returned to their lives, and to serve the will of the Veratu collective. Beyond that, they remain a mystery, having little motivation or will of their own.

The Veratu create these beasts to maintain and defend the power of the Gloom. Monstrous Queens generate the Gloom field and, through the engineering of the Veratu collective, give birth to a wide variety of other creatures of varying sizes and types. Each subtype of beast is bred for a single purpose, and has no intelligence of its own. As the people who escape the Gloom grow in number and their bands cleverer in fighting back against it, new monsters are bred to beat them down again in a living arms-race for the fate of the world.