Welcome back, everybody – time for more Mega Man! So, last time I went through my process for redesigning Mega Man himself. Today, I’m talking about his supporting cast. These are the people who are backing him up in one way or another, and we’ll start right at the top with his creator: Dr. Light. 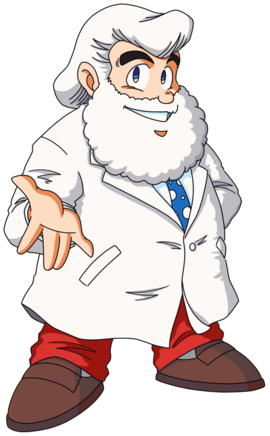 Dr. Light is Santa Claus in a labcoat. He’s the ultimate kindly old man. I even already liked his core design in a lot of ways. It’d be enough to just take that and bring it into my style. But I also had this idea that he’s a guy who has seen both his designs and other roboticists and scientists have their work taken and used for weapons; he’s only wanted to help the world and explore the possibility of creating consciousness, and it’s been so often used to cause great harm. So there’s just a little bit of sadness to him. Dr. Light is haunted by the things others have done with his past work, and is now trying to rectify those mistakes. I tried to bring just a hint of that sadness to my drawing. 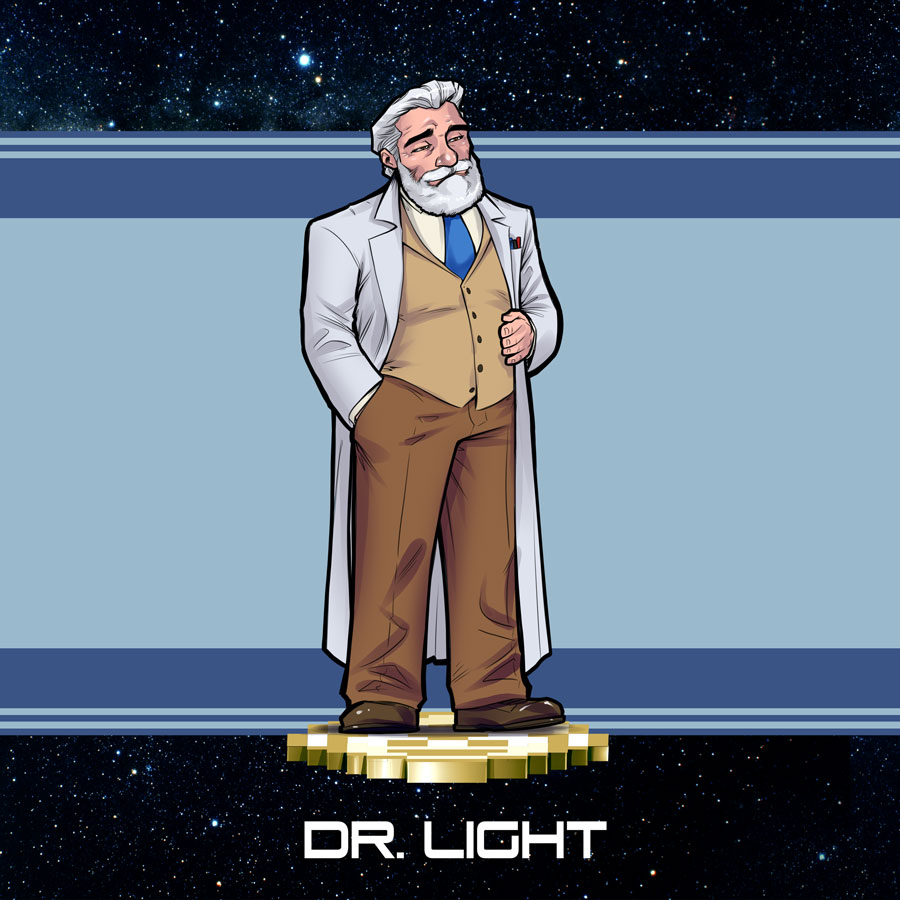 Next is Roll, and she’s an interesting case. She’s really kind of just a maid-bot, designed as a girl who can cook and clean and take care of Rock (Mega Man) while he’s taking care of Dr. Light.

Roll is a companion-bot for another bot, which is kind of the robot equivalent of getting a second dog because your first dog seems lonely, right? So I immediately ditched the “little girl” act, with the ‘50s style babydoll dress, and made Roll a mechanic. Because the kind of help Rock needs is mechanical! He’ll need her to fix him up and keep him running. I tried to use the same general design language for her I used for Rock – the same seams in her skin, the same general shapes for her face, the same scale for height and size. I wanted her to be scrappier, sassier, and more fun overall. I also imagine that she’ll get her own Mega-armor at some point… 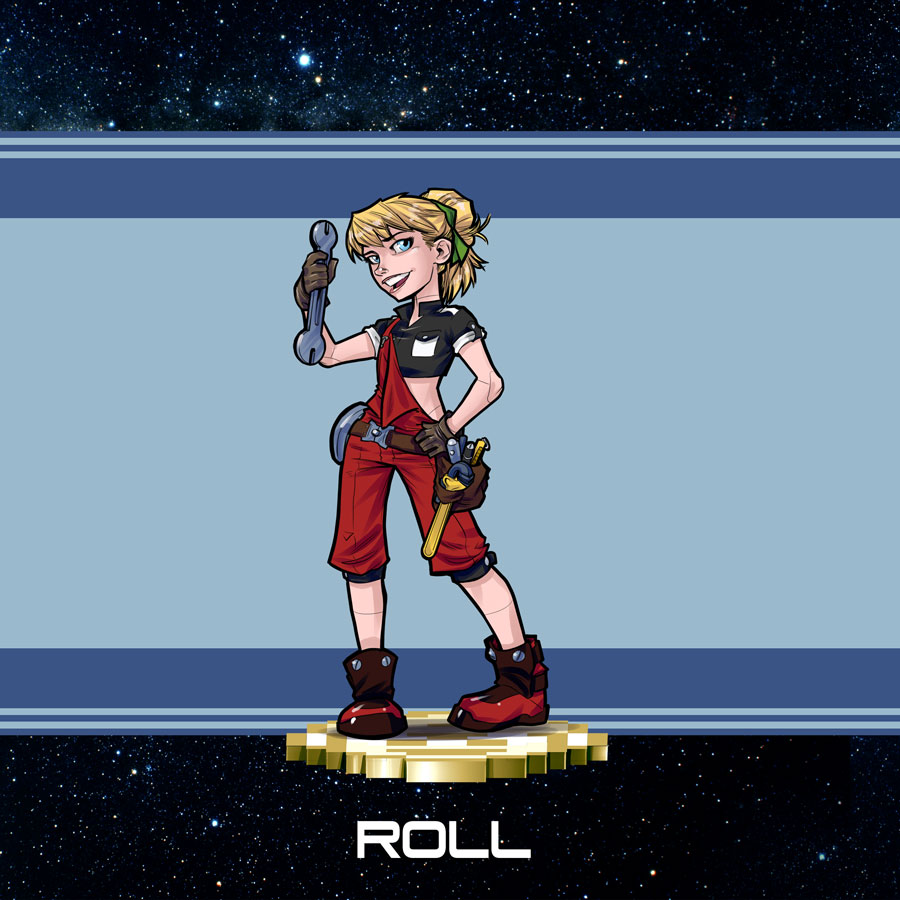 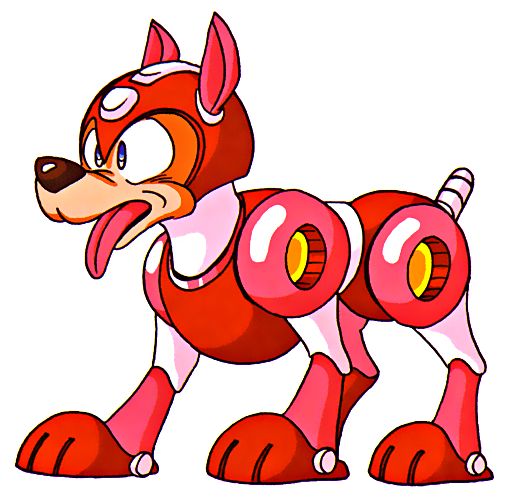 Rush is next, and I love the idea of the mecha-boy and his mecha-dog. I just also kind of think Rush is silly looking. He’s literally a dog in armor, and it only gets sillier when he turns into a car or a submarine or whatever. So I started from the idea that this dog has to turn into a vehicle Rock can use, and that meant he got a lot bigger. It also meant he’s a transformer, which automatically makes him cool as hell. I then carried over some of Mega Man’s design aesthetic, because I wanted them to match. They had to feel like they were built by the same man.

I also sketched some ideas for what it would look like when Rush used hoverboard mode, submarine mode, or launched Mega Man in the air with his… uh… springboard trampoline. Okay, so it’s still a little silly. 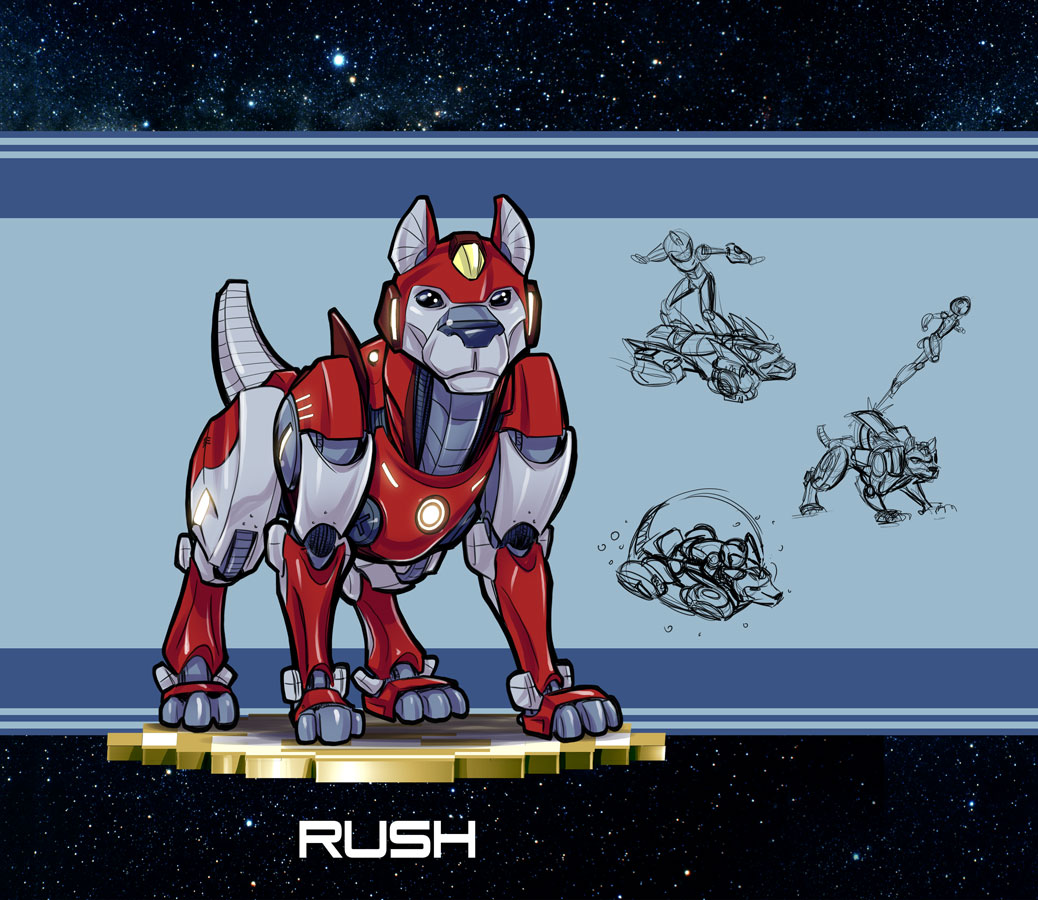 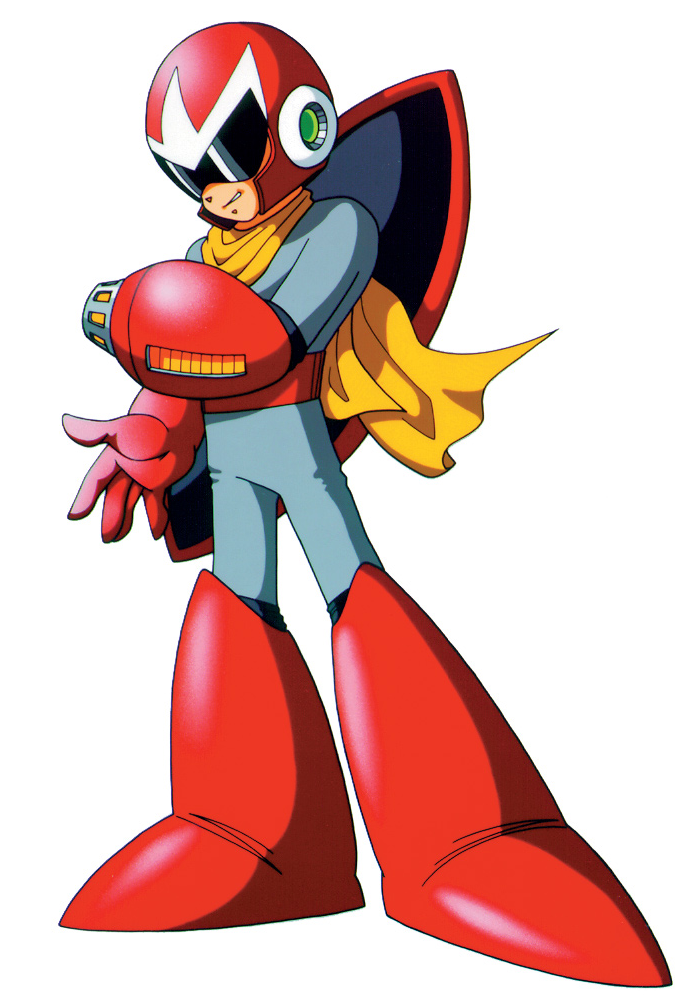 Finally, Protoman. He was the first robot Dr. Light built with human intelligence – the prototype Mega Man. And his design is actually pretty cool to begin with (because sunglasses always make somebody cool).

I took an earlier draft of my Mega Man design that I had thought looked too busy and repurposed it here. I also used one of the discarded mega-buster designs. It made sense to me that Protoman would look a little more robotic and less advanced than Mega Man: 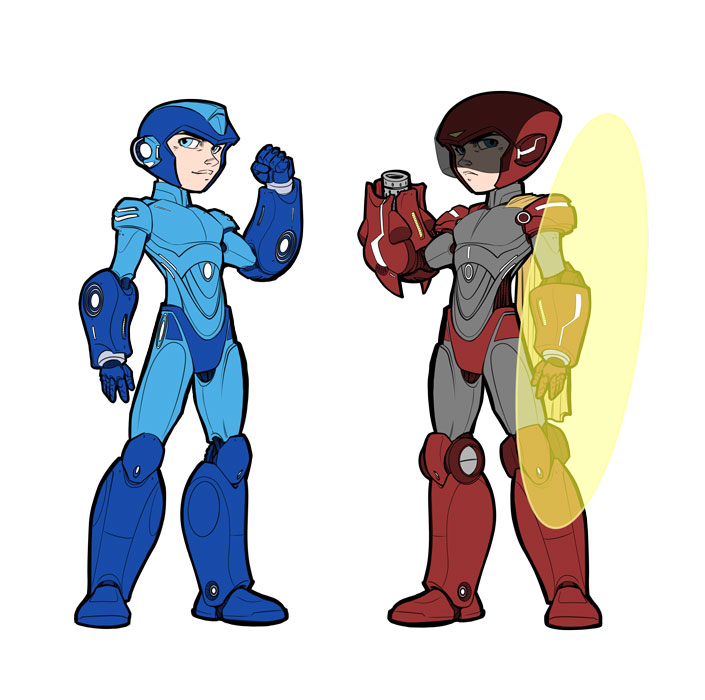 Also, in the comics Dr. Wily soups up Protoman’s armor to use him as a weapon against Dr. Light, and I reasoned that Wily is far less interested in humanizing his robots, so Protoman would naturally be less the innocent boy robot and more the hardened boy warrior.

Of course, that comes back to bite Wily later. 😉 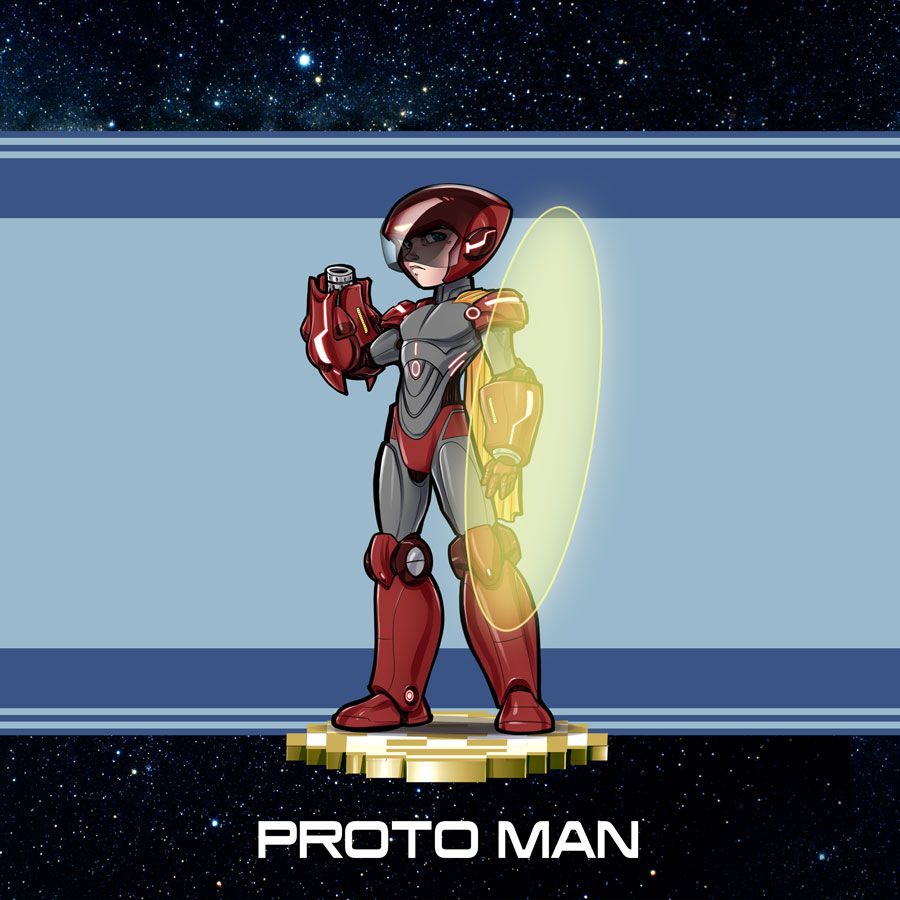 So there is the supporting cast. Next week, I’ll start going through the Evil Robot Masters from Mega Man 1! It’s about to get really fun, guys – see you soon. 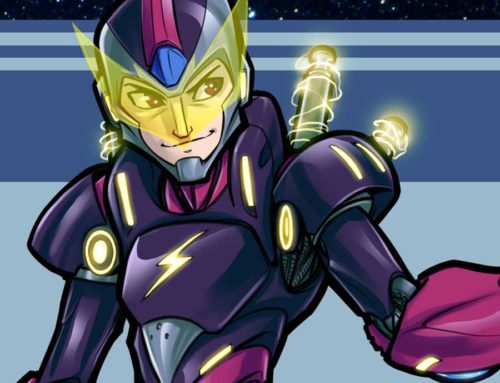 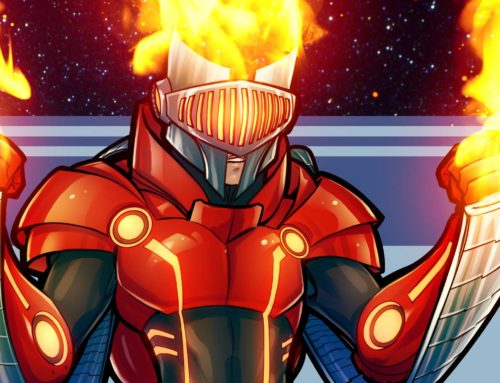 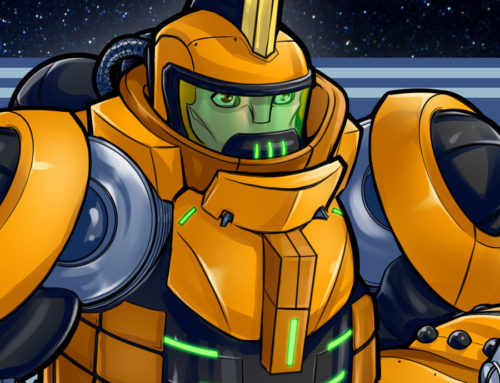 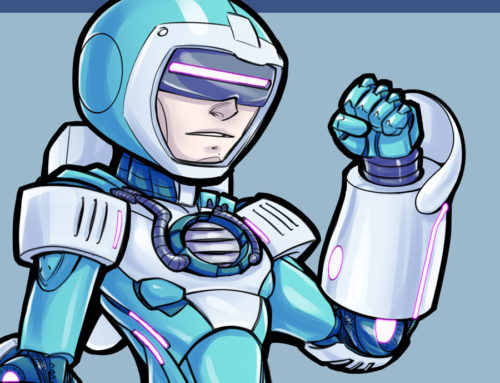 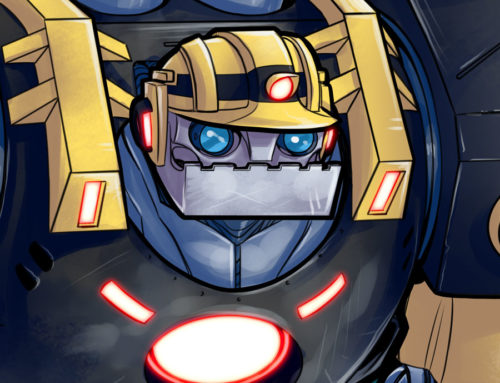